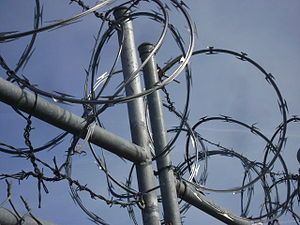 Third in a series on the state of Australia

Terror can come at anytime. It knows no boundaries, dismisses conscience.

Terror can be asylum.

Terror can be an order.

An order such as this:

‘‘You will be expected to support yourself in the community until departing Australia.

‘‘From Monday 28 August you will need to find money each week for your own accommodation costs. From this date, you will also be responsible for all your other living costs like food, clothing and transport.

The order is from the Immigration Department, as reported in The Age on Sunday.

It is directed at 100 asylum seekers, based in Australia, who were transferred here from offshore detention centres because of medical reasons. They will be placed on “Final Departure Bridging E Visa’’. Their $200 a fortnight payment will be cut, they have three weeks to move out of government accommodation. They have to get a job. They are on their own. Oh, and they have to leave the country.

Daniel Webb, a lawyer with the Human Rights Law Centre, said: ‘‘It’s hard enough for people in full employment with good wages to find a rental on three weeks’ notice, let alone people our government has imprisoned for years on remote islands and banned from working or training.

‘‘[Peter] Dutton knows full well he is making people destitute. It’s a cruel attempt to force them to return to danger. We’re talking about people who have been part of our communities for years. The sensible and compassionate thing to do would be to let them stay. Instead, Dutton is trying to starve them out.’’

The order could affect, eventually, 400 asylum seekers in Australia, babies included. Those damn infants, would-be terrorists the lot of them, with their incomprehensible gargling and mewling. It’s as un-Australian as the lawyers representing the asylum seekers, as Immigration Minister Peter Dutton agreed with radio broadcaster Alan Jones – the broadcaster who thought the best thing for the then Prime Minister Julia Gillard was that she be taken out to sea in a chaff bag and left there.

This from a government that is very likely to represent Australia on the United Nations Human Rights Council. The ABC reported last month that because of France dropping out of the race Australia and Spain will be elected. Australia lodged its pledges and commitments package on July 24. You can read it here:

The Department of Foreign Affairs and Trade states the “pledges are in line with Australia’s five campaign pillars and adhere to our longstanding commitment to promote and protect human rights”.

Laugh? You could almost cry. Janus has nothing on how we deal with different parts of the world to suit the temper of the political times. The government makes much of “universal” values. Clearly, its universe is very small and weak of spirit.

As if to reinforce this government’s hatred of kindness and compassion, it’s also been revealed that it has removed the human touch from dealing with refugees. Last September the Security Risk Assessment Tool, essentially a computer algorithm to assess asylum seekers, came into service.

Data on detainee is punched into a machine, hey presto a decision is made on their security risk and conditions while they are in detention. No human judgement needed, no areas of grey need be contemplated. It is the complete abdication of responsibility. As the former head of the Australian Human Rights Commission Gillian Triggs said of it: “The use of an algorithm to replace professional judgments – I thought this can’t be true.”

But, of course, it is. Really, it is no more than reaffirming a mantra of government that everyone must obey and uphold Australian “values”. It’s part of the code of behaviour – Australian values – by which asylum seekers must abide as they slowly starve and disintegrate in our society.

Actually it doesn’t. Not this government. Not this minister in Peter Dutton. Nor Alan Tudge, who as the whimsically titled Human Resources Minister seemed nonplussed, after all these moves were all of the one principle that anyone who arrived by boat would be treated the same.

Yes minister, that is with same level of inhumanity, cruelty and callousness we mete out to each man, woman and child who arrives by whatever means they can hoping for a welcoming hand and the chance of a new life.

But we don’t hand out favours. Not here, not in Australia.

Terror Australis, that’s us. Or at least that’s our government’s epithet and modus operandi, and is not our government representative of us?

So it’s come to this: to do the right thing for the wretched and vulnerable is to be un-Australian, and thus an alien in your own land.